If character is ‘irrelevant’ in politics, eventually the Church will be, too 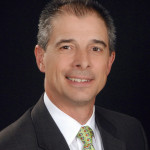 I do not even know where to begin.

Life has always been confusing, and there have never been easy answers, but we live in a very bewildering time. Is it my imagination, or has it gotten worse? The confusion seems just recently to have magnified pretty dramatically.

No one trusts facts anymore. And what is truth?

The conservative Christian influences of my younger years used to disdain the danger of “liberal relativism.” But what “truth” could be more relativistic than what we are now hearing from some evangelical pulpits?

I trust the reporter, I know the source, and I’ve never appreciated the accusations of “fake news,” but when I read this I thought, “This has got to be fake news. It just cannot be.”

For my entire adult life evangelicals have unwaveringly inveighed against the personal immorality of political candidates (not wrongly, though maybe a bit too piously at times). Character has always mattered, significantly. Today, suddenly, it is “completely irrelevant.”

In this age of bitter polarization and angry divisiveness, maybe critical words, words that challenge someone else’s point of view only fuel the unhealthy animosity so many of us are experiencing. I worry about being the one to offer those words. I sincerely do not want to be part of the problem.

But can the Church really afford to allow such breathless hypocrisy to define Christian ethics and spirituality? Can we tolerate such an example to be the model of “Christianity” for the wider culture? Or could it be that people are running from the Church today in droves because we have allowed exactly this?

To be sure, navigating our political system will always present a challenge, especially for voters of faith. There’s the law, and there’s the “higher law” — and then there’s that thorny concept of the separation of church and state. Making voting decisions difficult for all is the fact that there is no perfect candidate (and no perfect voter either!). No candidate will perfectly mirror a voter’s views, issue by issue, point by point, and given the complexity of our democracy, based largely on the “either/or” of a two-party system, voters — maybe especially religious voters — will sometimes have to settle. Choosing a candidate might come down to choosing an issue or issues, being willing to compromise on other concerns …

… but never compromising our own, core values in the process.

The primary job of a leader is to lead — and no one leads without first setting the example. In leading by example, character and integrity are essential. Jesus said you will know a tree by the fruit it produces. Conservatives used to say this was Truth.

I believe it still is.

In a recent sermon about gun violence I told my congregation that I am not “anti-gun.” I said this because … I am not anti-gun! I am, however, anti-foolish — and I believe what we are doing, and all that we are not doing proves our utter foolishness with every tragic, often preventable, killing. Likewise, I am neither anti-conservative nor anti-evangelical. I am, however, anti-… well, anti-whatever-this-is. I just have no idea what to call it.

I have never seen anything like it. I do not even know where to begin. Character doesn’t matter. How do we even talk about truth?