Meditating with Buddhists and other Asian lessons

During the 1988-89 school year, our family lived in Fukuoka, Japan, on a sabbatical leave from Southern Baptist Theological Seminary. During that time, we served as Mission Service Corps volunteers sponsored by what was then called the Foreign Mission Board of the Southern Baptist Convention.

Candyce Crew Leonard taught English and Spanish in various programs and I taught church history at the theological seminary of the Seinan Gakuin Daigaku (University), an institution founded by Baptists in the early 20th century. It was a grand adventure. 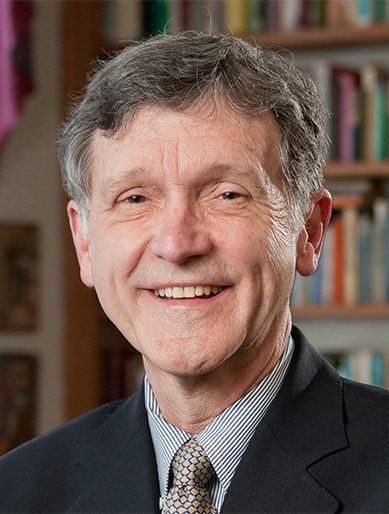 At the seminary, I had the superb assistance of a translator named Miyauchi, a young man who spoke three languages: Japanese, English and glossolalia. He was a Baptist with Pentecostal proclivities.

During the first semester, I wrote out my lectures for Miyauchi san to translate before class. By the second semester, however, he became so adept that he translated directly from lectures, no printed manuscript necessary. Teaching through another language, in a classroom of ministerial students from a different country and culture, was one of the great pedagogical experiences of my life. The students taught me as much, if not more, than I taught them.

During the first semester, as we moved into discussions of the Protestant Reformation, I encouraged students to take a weekend to read Paul’s epistle to the Romans and be prepared to tell me if the apostle sounded like a Calvinist or an Arminian in his view of salvation. Amazingly, the class consensus was that in the early chapters of Romans Paul sounds more Calvinist/predestinarian, while in the latter sections he leans toward Arminian/free will approaches.

Amid that discussion, a young woman asked a question I shall never forget.

Her Christian identity was shaped by varying religio-cultural influences. For many of us, then and now, identities and origins can complement and/or collide. Sometimes we are the better for it.

The Japanese student’s question from 1988 prompts me to ask in January 2023: Where did Martin Luther King Jr. learn about nonviolent resistance that became the centerpiece of his view of Beloved Community? From Jesus, certainly, but also from a little Hindu man named Mohandas Gandhi, who, King would later say was closer to Jesus than a lot of preachers he’d known.

Prior to reading Gandhi, I had about concluded that the ethics of Jesus were only effective in individual relationship. …But after reading Gandhi, I saw how utterly mistaken I was. Gandhi was probably the first person in history to lift the love ethic of Jesus above mere interaction between individuals to a powerful and effective social force on a large scale. Love, for Gandhi, was a potent instrument for social and collective transformation. It was in this Gandhian emphasis on love and nonviolence that I discovered the method for social reform that I had been seeking for so many months.

During our year in Japan, Dixon Yagi, a Japanese-American-Hawaiian-born Baptist missionary-religion-professor occasionally took me to a Buddhist monastery to participate in meditation with the monks. We joined them for a sustained period of silence during which the abbot walked around and whacked us with a bamboo stick to remind us that amid meditation we were still flesh and blood.

“We joined them for a sustained period of silence during which the abbot walked around and whacked us with a bamboo stick to remind us that amid meditation we were still flesh and blood.”

When it was over, the abbot commented to me: “You know what we appreciate about your friend, Yagi sensei? He is unashamedly Christian but he’s not afraid to bring his God into our temple.” That statement has echoed in my head ever since.

Just as a flower is made only of non-flower elements, Buddhism is made only of non-Buddhist elements, including Christian ones, and Christianity is made of non-Christian elements, including Buddhist ones. We have different roots, traditions, and ways of seeing, but we share the common qualities of love, understanding and acceptance. For our dialogue to be open, we need to open our hearts, set aside our prejudices, listen deeply, and represent truthfully what we know and understand. To do this, we need a certain amount of faith. In Buddhism, faith means confidence in our and others’ ability to wake up to our deepest capacity of loving and understanding. In Christianity, faith means trust in God, the one who represents love, understanding, dignity, and truth. When we are still, looking deeply, and touching the source of our true wisdom, we touch the living Buddha and the living Christ in ourselves and in each person we meet.

In Luke 7:1-10, a non-Jewish Roman centurion — captain of a hundred-man guard — has a “dear” servant who is near death. The centurion believes Jesus can heal his servant and sends Jewish friends to “vouch” for him. The powerful Roman is apparently what they called “a God-fearer” — an enlightened pagan who appreciated Jewish religion but had not yet converted.

The centurion never encounters Jesus directly but sends emissaries to communicate for him. Why? Perhaps because he was not Jewish, or too humble, or because his public status required that protocol — we do not know.

Anyway, he gives various reasons — class-based, status-laden, race-related reasons — why Jesus could heal the servant without ever coming to his house. Then his humility asserts itself: “Lord, I am not worthy that you should even come under my roof. But only say the words and my servant will be healed.”

Jesus seems shocked by this distant confession of faith and declares from a distance that he never has found such faith before, even in Israel. The emissaries return to find the servant well — long-distance healing. A Roman, Judaism-appreciating God-fearer implored Jesus from afar to heal his servant. Jesus healed the servant.

The centurion thought he was not worthy to come directly to Jesus. I learned this from Jesus and from meditating with the Buddhists: Where grace is concerned, we don’t have to be worthy, we just have to be willing.

And what of us, living inside and alongside a plethora of faiths? We debate ideas, challenge “bad religion” wherever it may appear, but we burn no one figuratively or literally. And most of all, we listen for the way God speaks through the people whose religion we can’t follow but who may teach us something about our own faith.

Do religious diversity and interfaith dialogue mean all religions are the same? Absolutely not!  But who knows then? The Spirit may speak through Buddhists, Hindus, Jews, Muslims or centurions who know something of the divine we’ve not yet discovered.

The grace of wildness: Reflections on a new year | Opinion by Bill Leonard