On meeting death as a sister

What if death isn’t the enemy we often think it is? And what if reconsidering our theology of death might help us live deeper into the union of self and neighbor?

In four weeks, Christians across the world will celebrate the birth of Jesus. In the meantime, there are parties to plan and presents to order. Some segments within Christianity will become co-opted by capitalism as well as culture wars about saying “Merry Christmas” and using properly designed coffee cups. Before they focus on a humble penniless baby, descended from heaven, wrapped in swaddling clothes and lying in a manger. 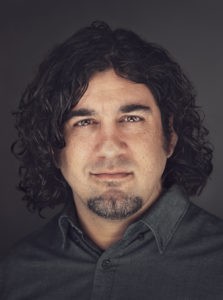 One common saying Christians use during this season is that Jesus was “born to die.” Due to the consensus among evangelicals that Jesus’ death was a substitutionary atonement that paid the penalty we deserved, many of us find ourselves thinking of our own deaths during this time.

The cold winter of December often is seen as a metaphor for the season of growing old and dying. As we grow older, and more of our family and friends pass away, the interrupting sting of death feels all too real.

The duality of birth and death

Birth and death are seen as opposites. The former brings new beginnings, while the latter ends what once began. We personify death and refer to it as “the enemy,” as something that has been or that needs to be conquered. Young earth creationists refuse to accept modern science because they believe there was no death before the fall, which as they see it totally disproves evolution.

Years later, I experienced the deaths of more grandparents, as well as the deaths of two of our own babies. One year ago, I came face to face with death again as my wife was diagnosed with stage three breast cancer. Thankfully, she is now cancer free. And then this past June, I stood in the hospital room while my mom informed my dad, who had just been wheeled in after suffering a major heart attack, that she had just said goodbye on the phone to her mom while he was in surgery.

We all fear death. And when death comes for those we love, we mourn with a sorrow too deep for words. But the words we choose say a lot about the sorrow simmering in our souls.

“The words we choose say a lot about the sorrow simmering in our souls.”

There’s a thin line between saying, “We sorrow not as those who have no hope,” and being in denial about your grief. Growing up, I remember envisioning the funerals of non-evangelicals as gatherings of people wailing and sobbing uncontrollably rather than celebrating their loved one’s arrival into heaven.

But what does it mean to sorrow in death with hope? When Paul wrote about sorrowing with hope, he referred to sorrowing in light of our future resurrection. But for many of us, the expectations of living in a throne room after we die are shaky at best. And even if it were literally true, many of us are not sure we’re up for that.

What we long for as we mourn is a hope we can touch, taste, see, smell and hear all around us in the lives we’re experiencing now.

Resisting death by controlling others

How we respond when death approaches affects how we live.

“To resist death is to resist life.”

In The Hours of the Universe, Ilia Delio says: “To resist death is to resist life. The irony is that the denial of death has led to all forms of greed and power, deadly forms of consumption and consumerism that have plundered the planet and alienated the poor. To deny death is to fear life, and we fill the hole of our fears by grasping for things and holding onto them with adamant self-righteousness.”

Conservative evangelicalism is starting to experience the dying that fundamentalism began experiencing 20 years ago. And in their denial of their inevitable death, they are revealing they fear life as they grasp onto sacralized power with adamant self-righteousness.

Meeting death as a sister

When St. Francis of Assisi considered the cosmos, he saw every presence as part of a universal family. In his “Canticle of the Creatures,” he referred to the sun, wind and fire as brothers, the moon and water as sisters, the earth as mother. Then he said, “Praised be You, my Lord, through our Sister Bodily Death, from whom no one living can escape.”

If death is seen as a sister, then it is something already here with us, making us who we are today. Mystics from many of Christianity’s sister religions understand this.

“If death is seen as a sister, then it is something already here with us, making us who we are today.”

In The Prophet, the Lebanese poet Kahlil Gibran said: “Life and death are one, even as the river and the sea are one. … For what is it to die but to stand naked in the wind and to melt into the sun? And what is it to cease breathing, but to free the breath from its restless tides, that it may rise and expand and seek God unencumbered? Only when you drink from the river of silence shall you indeed sing. And when you have reached the mountain top, then you shall begin to climb. And when the earth shall claim your limbs, then shall you truly dance.”

Likewise, David Hinton explains in China Root: Taoism, Ch’an, and Original Zen: “In the Taoist/Ch’an framework, death is a return home. … But seen at a deeper level, we never leave home. Absence and Presence are a single existence-tissue. … Death is only a problem when seen from the self-involved perspective of a personal identity that is ‘born.’ But … there is no death, only a continuation of the great transformation.” He adds, “Meaning is the cosmos orienting itself.”

There is a sense in which evolution is the struggle to live. But in order to survive, each species has to adapt as a community, dying to who it once was and being born again.

There are some in our society, particularly trans-humanists, who look to escape our need for biology itself. Bart Kosko, professor of electrical engineering at the University of Southern California’s Viterbi School of Engineering, said in his book Heaven In A Chip: “Biology is not destiny. It was never more than tendency. It was just nature’s first quick and dirty way to compute with meat. Chips are destiny.”

Even if death were the fixed end of consciousness, people embracing Kosko’s desire to escape death through a microchip would affect the way they live their lives, since resisting death leads to grasping for control.

While Delio understands these concerns, she believes evolution shows that our present state is not a static condition, but an unfinished process of becoming.

“In the unfinished process of evolution, death is the path to new life.”

“Death stings in a fixed universe of absolute limits, but in the unfinished process of evolution, death is the path to new life,” she says in The Unbearable Wholeness of Being: God, Evolution, and the Power of Love. “Even in death everything is in process of becoming something new. Hence, death appears as final only until we realize it is the only way we can evolve.”

And here lies the paradox of birth and death.

To become aware of this, our perspective has to shift from the ego of the individual self to the larger cosmic community from which we’re emerging.

Ram Dass said: “The shift in perspective that is required for the next stage of the journey is the realization that everything that you thought you were is only part of who you are, and the desire to cultivate the meta-system of which the ego structure is only a sub-system. And the problem is that a sub-system can never understand a meta-system. And that is why in the biblical injunction, it says, ‘Lest ye die, ye cannot be reborn.’ In other words, you can’t realize your larger system if the smaller system keeps trying to explain it away or control it.”

By dying, we are being reborn

Jesus spoke of being born by dying in John 12, saying: “Unless a kernel of wheat falls to the ground and dies, it remains only a single seed. But if it dies, it produces many seeds.”

In the dying of the self, new life is born. Delio suggests in The Hours of the Universe, “Christianity can help us realize that death and resurrection are part of the evolutionary path toward wholeness, letting go of isolated existence for the sake of deeper union.”

For many Christians, this deeper union is experienced today in local churches. For others, it may be experienced in gatherings of family and friends outside traditional church institutions.

But what about life after death? Does consciousness end after life’s final breath? Are we immediately ushered into a throne room in the sky? Do we walk around the earth as shadows haunting scary-looking buildings?

“Perhaps our concern should be more in our posture toward death than in our confessed certainty about it.”

Perhaps our concern should be more in our posture toward death than in our confessed certainty about it. If we see birth and death as a duality of opposites, then we will mourn death by resisting it to the point of controlling ourselves and everyone around us. But if, like the mystics across religions, we see birthing and dying as one, then we can experience the grief of meeting death as a sister, opening our hands to her and evolving into a meta-reality with her we couldn’t perceive before.

And perhaps after we breathe our last, we’ll discover that consciousness — just like matter — is not a fixed reality, but a reality in evolution toward deeper union with the cosmos and perhaps beyond.

But as the new birth of deeper union is happening, we have to be opening our hands toward Sister Death. As Delio says, “For a church that cannot die, cannot live; and a church that is not alive cannot promote life.”

We need to talk about dying | Opinion by Brett Younger