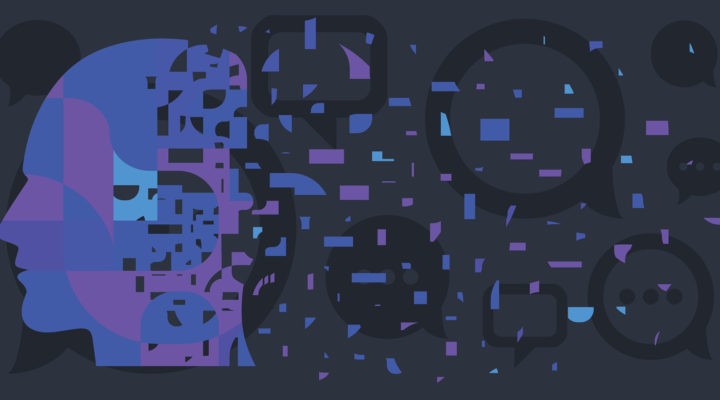 The deconstruction of American evangelicalism

We are witnessing at this moment the intellectual deconstruction of a religious group that has been called “evangelicalism.” Illusions about this community are being destroyed left and right.

Of course, those illusions first eroded in practice, through the contradictions and failures of U.S. white evangelicalism itself. Today, however, the intellectual underpinnings of evangelicalism are being deconstructed by the scholars.

For a long time, historians of evangelicalism tended to be loyal members of the community they were describing. Invariably white men, these scholars included such towering figures as David Bebbington, Mark Noll, George Marsden and Joel Carpenter. They defined the intellectual study of evangelicalism for 40 years.

These men, formidable scholars all, tended to accept a theological definition of evangelicalism. Usually keying off David Bebbington’s famous formulation, evangelicals were defined as a religious community, with a long history, characterized by shared core beliefs Bebbington summarized as biblicism, crucicentrism, conversionism, and activism — that is, an emphasis on the inspiration and authority of Scripture, the centrality of Christ’s death on the Cross as the key to human salvation, the belief in and focus on a born-again conversion experience followed by a life of committed discipleship, and an active, committed life of missionary and social-change efforts.

Many evangelical scholars, organizations and denominations still attempt to define themselves theologically along these lines or with even more theological-confessional detail. Take a look at the identity and mission statements of groups such as the National Association of Evangelicals or schools such as Wheaton College.

Today, however, an outpouring of books by various, mainly younger, scholars is describing and critiquing a very different set of core characteristics for evangelicals — at least, white U.S. evangelicals. These scholars argue from various kinds of evidence that evangelicalism has become, is or always was characterized by far less exalted patterns of identity and behavior. These patterns of behavior have little to do with the purported core theological beliefs of evangelicalism — or, in fact, can be viewed as negations thereof.

Consider these books published by Christian scholars. I restrict my list to works published since 2020:

Jesus and John Wayne, by Kristen Kobes Du Mez, argues that white evangelicalism is characterized by patriarchy, toxic masculinity, authoritarianism, nationalism, anti-gay sentiment, Islamophobia and indifference to Black people’s lives and rights. Du Mez’s storytelling is second to none, exposing the seamy underside of toxic masculinist Christianity in the U.S.

The Making of Biblical Womanhood, by Beth Allison Barr, argues that the teaching of female subordination is a historical construct rather than the “clear biblical teaching” her opponents claim that it is. Integrating her painful personal story, Barr traces the precise historical development of modern Christian sexism/patriarchalism and describes its negative impacts on everyone and everything it touches — notably women, whose flourishing and use of their gifts in church and world are foreclosed by this all-too-human construct.

The Color of Compromise, by Jemar Tisby, traces the long history of how white racism and evangelical Christianity have been fully intertwined in U.S. history, and how every effort to challenge white supremacism has been opposed — theologically, politically, morally — by white evangelicals. Other powerful new books on white Christian and evangelical racism include White Too Long, by Robert Jones, and White Evangelical Racism, by Anthea Butler. These books collectively blow the doors off white Christian denial of our historic racist theology and behavior.

Taking America Back for God, by Andrew Whitehead and Samuel Perry, focuses on what the authors call “Christian nationalism” but which they more precisely shorthand as (white) “Christian nation-ism.” They demonstrate through sociological studies that a major factor driving our politics is the hunger on the part of a substantial minority for an America dominated by white Christian native-born men. To “make America great again,” on this vision, is to drive non-Christians, non-whites, non-natives and non-males back into subordination. Here “Christianity” is simply reduced to Christianism, an organizing element for a reactionary ideology.

To “make America great again,” on this vision, is to drive non-Christians, non-whites, non-natives and non-males back into subordination.

Worldview Theory, Whiteness, and the Future of Evangelical Faith, by Jacob Alan Cook, is just now out. I want to direct your attention to this amazing new book from one of my former students.

If you have spent any time in evangelical academia, you undoubtedly will have encountered much talk of “developing/defending the Christian worldview.” Cook deconstructs what he calls “worldviewism” through compelling case studies of some legendary figures in evangelicalism, including Dutch Christian leader Abraham Kuyper and founding U.S. evangelical Harold J. Ockenga. Cook shows quite powerfully that what white evangelicals have labeled “the Christian worldview” bears a striking resemblance to “whiteness,” that is, white-centered and white-hegemonic ways of viewing and arranging the world and responding to human difference. In other words, all those worldview conferences and seminars really may have been about teaching us how to think like white people, not like Christian people.

My own book, After Evangelicalism, concludes that “evangelical Christianity” turns out to have been at a theological level little more than a rebranding of fundamentalism by a certain group of mid-20th century white men, although at a cultural level these men succeeded perhaps beyond their wildest dreams in creating a religious identity and even a subculture that has stayed with us now for eight decades.

However, that subculture is crashing all around us, its supposed theological essentials traded in for Trumpism, its moral credibility in shreds, many of its ex-adherents running for the exits. While the scholars do their surgeries, the people seek life, meaning and Jesus somewhere “after evangelicalism.”

Has conservative evangelicalism reached a dangerous moment of its own making? | Opinion by Susan Shaw

‘Hour of decision’? Evangelicalism in a post-church, post-Trump era | Opinion by Bill Leonard

Who is Jesus Christ for us today? | Opinion by David Gushee