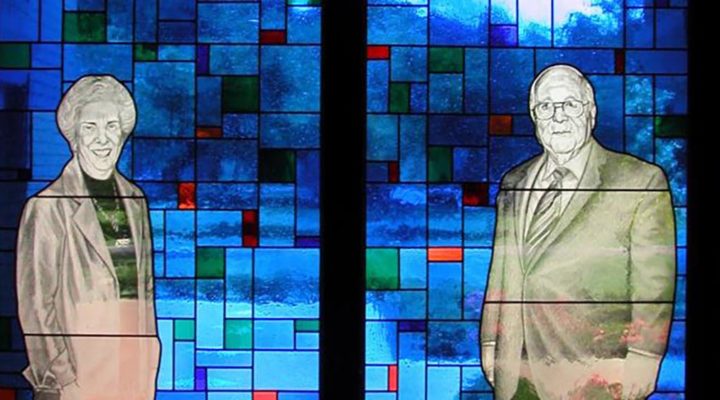 A sexual abuse lawsuit against Southern Baptist leader Paul Pressler may proceed, despite claims by Pressler that the statute of limitations has expired, according to an April 1 ruling by the all-Republican Texas Supreme Court.

News of the ruling first was reported by Robert Downen in the Houston Chronicle, which has been among the national leaders in reporting on sexual abuse in the church.

Downen called the Texas court’s decision “a consequential ruling that legal experts say will give Texas sexual abuse survivors more power to sue attackers and the institutions that protect them.” Paul Pressler speaking during the height of the battle for leadership of the SBC.

The current ruling is only the latest turn in a years-long legal battle between Duane Rollins and Pressler, who was co-architect of the “conservative resurgence” in the Southern Baptist Convention beginning in 1979. Pressler and Paige Patterson — who later was fired as president of Southwestern Baptist Theological Seminary for mishandling sexual abuse cases — led the charge to purge the denomination of “liberals” while rallying laypeople around the battle cry of biblical inerrancy.

The pattern continued throughout his high school years, Rollins alleges, sometimes as often as two or three times a month. Rollins says he turned to drugs and alcohol to cope with the mental stress, typically triggered by contact with Pressler.

By college age, Rollins was a full-blown addict with habits financed by a life of petty crime. Pressler stayed in contact with Rollins while he was in prison and twice intervened with the parole board seeking his release. The second time Pressler offered Rollins a job as a personal assistant and invited him to come along for a religious pilgrimage overseas paid for by Pressler.

Later, after filing a civil claim for assault against Pressler, Rollins received a settlement in which Pressler agreed to pay Rollins $1,500 a month as “long as the confidentiality of this agreement is maintained.”

In later litigation, Rollins testified that it took years for him to understand how he had been victimized by Pressler and that what he had experienced was indeed sexual abuse. When another Texas court denied Rollins’ claims against Pressler due to the statute of limitations, Rollins appealed. The April 1 Texas Supreme Court ruling is the latest — and most consequential — action in that legal proceeding.

In later litigation, Rollins testified that it took years for him to understand how he had been victimized by Pressler and that what he had experienced was indeed sexual abuse.

Pressler and his attorneys have denied all allegations of wrongdoing while claiming Rollins no longer has standing to file claims against Pressler because of the passage of time. Rollins has argued that the statute of limitations should be calculated from when he first realized he was the victim of an alleged sexual assault.

Now, the Texas Supreme Court has agreed with Rollins and sent the case back to Harris County district court.

The Houston Chronicle quoted abuse survivor advocate Rachael Denhollander as calling the latest ruling “a massive and important step forward. It shows a willingness to bring our justice system in line with what we know about sexual assault.”

Denhollander, who was the first person to publicly accuse former Olympics gymnastics physician Larry Nassar of abuse, currently serves as an adviser to the SBC’s Sexual Abuse Task Force. That task force is just weeks away from releasing the results of an independent investigation into allegations of mishandling of sexual abuse cases by the SBC Executive Committee — an elected body where Pressler once served.

Pressler is a retired state appeals court judge from Houston. Because of his tremendous influence in both SBC life and in Texas Republican politics and the court system, past allegations against him have been dismissed or downplayed or created conflicts of interest.

Of note, two of the Texas Supreme Court’s nine justices did not participate in the current case, presumably due to conflicts of interest, although no official reason is stated: Justice Rebeca Aizpuru Huddle, who like Pressler is a former state appeals court judge, and Justice Evan Young. And among the remaining seven weighing in on the case, the vote against Pressler’s defense was 5-2, with Justices Jimmy Blacklock and John Phillip Devine, both former residents of Houston, dissenting.