The youngest son of the first woman executed in Georgia in 70 years spoke publicly for the first time about the experience in a breakout session at last week’s Cooperative Baptist Fellowship General Assembly in Greensboro, N.C.

Dakota Brookshire — son of Kelly Gissendaner, who was executed Sept. 30 for her role in the killing of her husband, Douglas Gissendaner, in 1997 — said growing up he got to see the impact of the crime on both his father’s and mother’s families.

“Everything happened when I was about 3, so I really didn’t remember much growing up,” he said. As a child with his mother in prison, he remembers on Saturdays “if I didn’t have a baseball game, let’s go see Mom.”

Brookshire said growing up for him was very hard. “I was the youngest of three, and probably the one that it might have affected the most,” he said. “I was, I guess you could say, the bad child. I was always getting in everything. I was always in trouble.” 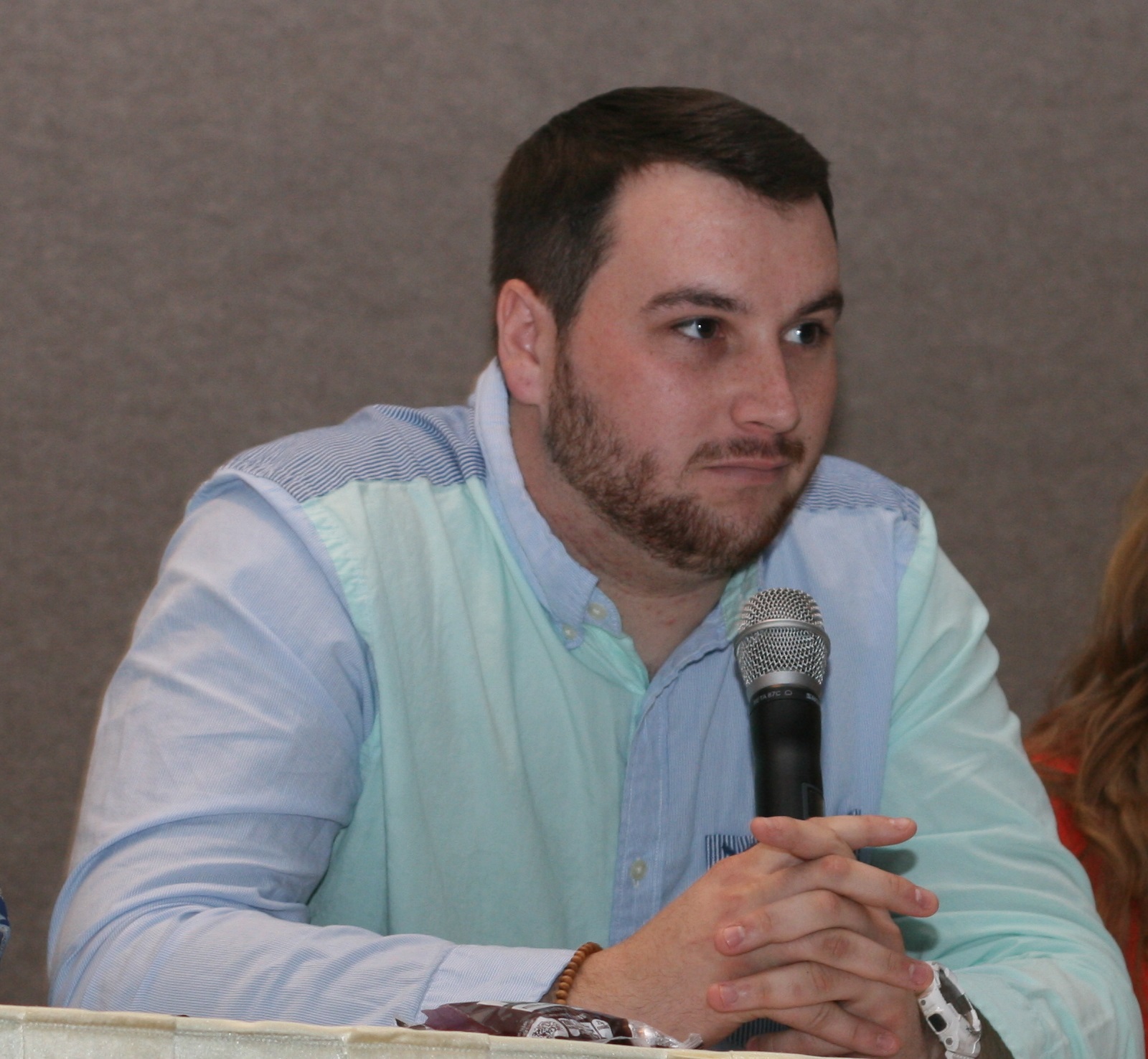 Dakota Brookshire says his mother, Kelly Gissendaner, saved lives in prison and would have saved many more if her death sentence had been changed to life in prison. (Photo/Bob Allen/BNG)

“Mom always used to laugh and tell jokes, ‘You know, if I had you first then the other two wouldn’t have come along,’” he said.

After his grandmother died, Brookshire was adopted and moved to North Carolina, where he went through seven years of hating his mother and “despising everything she had done.”

“To me, back then, it was, ‘For you to sit there and say you love your kids, you love your family, how can you do that to us?’” he said.

The years passed, and one day Brookshire and his sister got to talking. She asked “are you ever going to come back and see Mom?”

“I was thinking, even if I go down there and cuss her out, at least I get it off my chest,” he recalled. “At least I’ll feel better about myself.”

Looking back, Brookshire said his mother “was a very selfish woman” for most of his life. “It was always about her,” he said. “It was never about us kids or family or anything like that.”

When he went back, sat down and started talking to her after seven years, he said he “could tell something had changed in her.”

“It was weird being there,” he recalled. “I couldn’t tell really at first, until she hit me with, ‘You know it’s coming soon.’ I said, ‘Oh yeah, I know.’ She said, ‘I understand you hate me.’”

I said, ‘Mom, I’m not going to lie to you. Me being your son, I can’t lie to you.’ She talked to me, and I could tell something had changed in her, because it became nothing about her. It was all about what can I do for you kids? I’ve messed up for the past 16 years. What can I do for you?”

Speaking at a workshop titled #DeathPenaltyOnMyMind — an allusion to the #KellyOnMyMind campaign supported by several CBF members that unsuccessfully lobbied to have Gissendaner’s death penalty commuted to life in prison — Brookshire said he told The State Board of Pardons and Paroles that he opposes the death penalty, but not because it was his mother who was on death row.

“I said ‘who is it to say that it’s your right to execute this woman?’ Who is to say that it is your decision to say she hasn’t changed?” Brookshire said. “There have been thousands of inmates — not only inmates, scared straight programs, where kids have not had the best of lives. They are already in the system as juveniles and are brought through that prison, and just listening to this woman has changed their lives.”

“There was a jail cell under hers,” he continued. “Putting the troubled inmates under her just so my mom could speak through an air vent and save their lives, how do you kill a woman like that?”

“Women that are out today, being productive in society, are the women that my mom changed,” Brookshire said.

Brookshire said he didn’t understand how members of the clemency board could look him and his siblings in the eye and say they were happy with what they have done with their lives, because it was his mother who saved them.

“All odds were stacked against us growing up,” he said. “We were set up to be failures in life, and all three of us are very successful.”

“Obviously you know where I stand on the death penalty,” he said. “This is the first time I’ve ever had to do anything like this. This is definitely the first time I really have spoken about it out in the open since everything had happened.”

Brookshire said today he attends a congregation that describes itself as a “missionary church” which does things like giving out Gideon’s Bibles. Not long ago his pastor ordered a batch of Bibles embossed with the name Kelly Gissendaner.

“There’s more lives that are going to be touched, because they are going to see the name on the Bible and wonder who it is,” he said. “The Internet is huge. All you’ve got to do is Google search, and it will bring up everything she’s done.”

“So for me, like I said, it’s not just because my mom’s on death row,” Brookshire restated his position on capital punishment. “I look at it as a Christian point of view. It’s not your job. It’s no man’s job to say whether a person has changed or not changed. It’s no man’s job to say whether you should live or die. There’s only one person whose job that is, and that’s God. That’s all I have to say.”

Opponents see indicators that death penalty on its way out in U.S.