i
Brad Evans, Jake Hall and Wes Griffith (left to right) record this week's episode of Gospel Gothic for The Creek 100.9 FM on Wednesday, Feb. 7, 2018. Gospel Gothic is hosted by Jake Hall, pastor of Highland Hills Baptist Church, and discusses faith through the theme of Americana music.
Featured

i
Brad Evans, Jake Hall and Wes Griffith (left to right) record this week's episode of Gospel Gothic for The Creek 100.9 FM on Wednesday, Feb. 7, 2018. Gospel Gothic is hosted by Jake Hall, pastor of Highland Hills Baptist Church, and discusses faith through the theme of Americana music.
Featured

The Christ-haunted hosts of Gospel Gothic 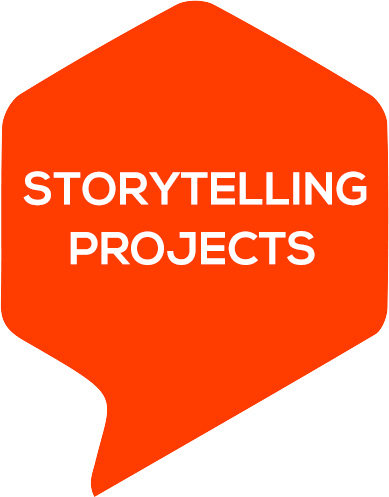 “Ghosts can be very fierce and instructive.”

When Flannery O’Connor left behind these veracious words following her untimely death in 1964, she wasn’t telling spooky stories. She wasn’t invoking images of antebellum ruins, squalid Confederate headstones or the Spanish moss drooping ominously overhead. She wasn’t even conjuring the tortured specter of one her novel’s murderous characters. She was talking about Jesus.

“I think it is safe to say that while the South is hardly Christ-centered, it is most certainly Christ-haunted,” O’Connor wrote.

“I think it is safe to say that while the South is hardly Christ-centered, it is most certainly Christ-haunted” – Flannery O’Connor

That is, the Christ on which every last corner of Southern society was supposed to be based but infamously failed to live up to over centuries of slavery and festering anger; or perhaps the graceless, resentful Christ spewed from the mouths of countless sweaty preachers demanding blame for an unjust death on the cross; or, just maybe, the real living Christ — the one who still dwells and dreams with every last haunted Southerner, refusing to let the most wounded denier or overly-faithful pastor settle for anything less than boundless grace and real redemption. Wes Griffith, Jake Hall and Brad Evans (left to right) meet to discuss the topic of this week’s Gospel Gothic show on The Creek 100.9 FM in their office on Wednesday, Feb. 7, 2018. Gospel Gothic is hosted by Jake Hall, pastor of Highland Hills Baptist Church, and discusses faith through the theme of Americana music.

Since 2016, the hosts of the Gospel Gothic radio hour — Jake Hall, pastor of Highland Hills Baptist Church in Macon, Ga., as well as Wes Griffith and Brad Evans, local entrepreneurs and owners of 100.9 FM The Creek — have invited Macon and listeners around the country to join them each Sunday morning in exploring “faith, music and meaning in the Christ-haunted South.” Yet, as the unlikely trio unpacks O’Connor’s chilling assessment of Southern Christianity in search of redemption, they do so not from a distant, cerebral perch, safe from the Christ-shaped ghosts.

Brad Evans, co-owner of 100.9 FM The Creek and a long-time publisher in Macon, grew up immersed in the fiery fundamentalism of Dooly County, Ga. Following his baptism by hot-headed evangelists preaching damnation, he explains, a deep fear began to creep into his heart. What about all of his friends and family who weren’t baptized, namely his own father?

“I just became obsessed with the fact that my father wasn’t baptized,” Evans says.

“And then he wouldn’t get baptized, so that was very scary. Then I became obsessed with the fact that maybe everyone I knew hadn’t been baptized, so I was always trying to find that out. Then it turned into cutting obituaries from newspapers, putting them in scrapbooks and praying over them for hours at night to make sure they were going to be saved. And this was all until I was about 20 years old.”

Eventually, drugs became the only force powerful enough to quiet the deep-seated fear and worry, Evans explains, which led to years of addiction. Eventually Evans emerged from his substance abuse after spending time at Green Gulch Zen Retreat in California and returned to Macon, where he and his wife founded The 11th Hour, a Macon-centered arts and culture magazine. Though fear and addiction had passed, Evans says, his anger and bitterness toward the church was only beginning.

Nevertheless, as publisher of The 11th Hour Evans soon met a young writer named Wes Griffith, who had also returned to Macon with big dreams for investing in the cultural heart of his community. Griffith, whose grandfather even knew Flannery O’Connor as an English professor at Mercer University, says his experience of Christ-hauntedness was not a result of a misguided upbringing in the church. Instead, he and his wife were well into adulthood, Griffith explains, when they discovered that most churches in Macon did not share their commitment to loving and transforming the community they called home.

“My wife and I live downtown and one morning we said, ‘Let’s go to church next door,’ right around the corner from us,” Griffith says.

“I’ve never been all that judgmental, but we went and the whole sermon was, ‘We’ve got to go down to the deepest depths of the Amazon rainforest and convert these indigenous people and show them the way.’ That really clashed with my sense of community. We’re here in downtown Macon and you’re telling me that your house is so in order and there’s so little to do in this community that you’re going to spend the whole hour talking about how we need to get down to the rainforest and convert people?”

Griffith, now one of Macon’s leading investors, says he was profoundly troubled by the church’s deliberate rejection of its own community’s needs and assets, not to mention its centuries-old colonialist outlook on faith. Consequently, Griffith proceeded to found Moonhanger Group, which seeded the wildly popular Rookery, Dovetail and H&H restaurants and set off a firestorm of renewal in the formerly-floundering downtown district. Eventually, Evans and Griffith’s momentum in Macon inspired them to purchase a failing radio station and plant the missing piece of the new puzzle — Macon’s love for Americana music. As with most of their ventures, the roots radio station soon turned to gold and 100.9 FM The Creek was garnering unheard-of ratings by the middle of 2016. That’s when the duo received an email from a local pastor quoting Flannery O’Connor and pitching an idea for a Sunday-morning radio show that would “explore music and meaning in the Christ-Haunted South.”

“I don’t think either of us had stepped foot inside a church in the last couple decades,” Evans says of the day he and Griffith received Hall’s email. Nevertheless, the two literally collided in the hallway attempting to tell each other about Hall’s proposal.

Against their Christ-haunted instincts as well as their own general manager’s wishes, Evans and Griffith miraculously met with that pastor — Jake Hall from Highland Hills Baptist Church — and to their astonishment, he had a Christ-haunted story of his own. The Christ who lived and dreamed in the vibrant, everyday lives of people like Evans and Griffith just wouldn’t let him sit and plan another Advent series for the faithful, Hall laughs.

“Gospel Gothic was born from me being tired of the show, the machine, and its, at times, ineffectual mission strategies felt impotent for real life,” Hall says.

“I also got really tired of any veil between who I am and what I do. I have been a licensed minister since I was 19 years old and moved from a religion major at Samford University to seminary to a residency to the pastorate and here I am. I’m heading towards 40, I have a kid and it’s time to reflect on where the arc is leading. Am I comfortable serving a church that’s physically isolated here, feeling emotionally isolated from the kind of ministry that gives me life? I was restless enough that it was worth doing any of these things we’ve been up to lately because I just don’t care about that pretense anymore.”

While most people do not imagine a successful pastor of a 65-year-old Baptist church being Christ-haunted, Hall says, there was something about the true Jesus that he had missed over years of aspiring to be the “expert behind the podium,” and he knew it.

Thankfully, he adds, the Highland Hills congregation knew it too and was experiencing a similar haunting by a Jesus that called them to invest authentically in downtown Macon. One of those members was Gammons, who after returning from a church hiatus to fight leukemia, needed something else to do. When Gospel Gothic received the green light from Evans and Griffith, Gammons became executive producer for the show and Hall’s partner in creating monthly “Beer and Hymns” events as well as live recordings of Gospel Gothic at popular venues in Macon.

After journeying together for nearly two years with Gospel Gothic, Hall, Griffith and Evans all affirm that they primarily produce Gospel Gothic for the countless Christ-haunted among the Macon community and beyond — those who, for whatever reason, cannot participate in organized religion, Griffith adds.

“We want this to be a spiritual moment for them,” Griffith says. “And that’s the kind of outreach I can get behind, breaking down the barriers of the preconceptions of organized religion and church, and getting down to a more essential, spiritual process of communication.”

Yet, as they continue to engage music and meaning in the Christ-haunted South, the hosts of Gospel Gothic prove that there’s more than one way to be Christ-haunted. In fact, Hall says, the same space that offers thoughtful critique and healing to those haunted by the church is the space that has become absolutely central to his calling as a pastor and person of faith. Indeed, ghosts can be very fierce and instructive, not to mention redemptive.

“Inside or outside the church,” Hall says, “it’s still a specter.” Jake Hall, pastor of Highland Hills Baptist Church, records this week’s episode of Gospel Gothic for The Creek 100.9 FM on Wednesday, Feb. 7, 2018 in The Creek’s recording studio. Gospel Gothic is hosted by Jake Hall and discusses faith through the theme of Americana music.