What I’ve learned from Evolving Faith

October always has been my favorite month of the year. I celebrate my wedding anniversary and my only child’s birthday in this memory-filled month.

During October, my spirit soars as I bask in the splendor of trees aglow with autumnal colors. In recent years, I have eagerly anticipated October’s arrival not only for these wonders, but also because this is the season for Evolving Faith. 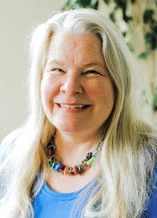 Evolving Faith was co-created by Sarah Bessey and the late Rachel Held Evans in 2018. Their expectations for attendance were low at the inaugural conference, but to their amazement 1,400 people showed up in Montreat, N.C.

The next year, I made a solo road trip from Nashville to Denver to attend the second Evolving Faith conference, an event heavy-laden with grief because Held Evans had died suddenly at the age of 37 five months earlier.

When I walked into the hockey arena at the University of Denver where the conference was held in October 2019, I was in a period of transition. After serving as an associate pastor for nearly a decade at a church in Nashville, I had resigned without knowing what I would do next. I had intended to spend the rest of the year resting, reflecting and regrouping, but a door unexpectedly opened for me to begin a new season of ministry that fall. Nine days after the conference concluded, I would begin working at a nonprofit I had helped found in 2004. I was simultaneously weary and excited. I hoped the conference would re-energize me spiritually.

I have attended many conferences in my life, but none has shaped me more than that first experience at Evolving Faith. Promoted as a safe space for “wanderers, wonderers and spiritual refugees,” the event attracted an eclectic group of attendees and featured a highly diverse array of speakers. Only one white, cisgender, straight man was on the program.

I was delighted that I would hear unfamiliar voices and be exposed to fresh perspectives.

Nearly 2,500 people gathered in that chilly arena. Many carried deep wounds from past church experiences. Others already had written off the church but still craved spiritual connection. Some had come because they were fans of particular speakers, like Barbara Brown Taylor, Nadia Bolz-Weber or Jen Hatmaker. Not everyone in the room self-identified as Christian. Some freely admitted they were agnostics.

“By the time I headed east on I-70 to return home to Nashville, I understood spiritual deconstruction as an absolute necessity.”

During those two days in Denver, I heard one word spoken repeatedly onstage: “deconstruction.” At first, I was puzzled. What were these speakers talking about? What were they taking apart? By the time I headed east on I-70 to return home to Nashville, I understood spiritual deconstruction as an absolute necessity.

Never before had I heard people wrestle with their faith in such a public setting. I was reminded of the insidious ways Scripture has been weaponized, wielded as a sword to advance colonization, swung like a club to enforce racism. I contemplated the barriers that had been erected on a “biblical foundation” to keep women in their place within the church and LGBTQ folks outside.

The heaviness of the subject matter was offset by defiant hopefulness. Through the painstaking work of spiritual deconstruction, walls that had prevented people from drawing near to God were being demolished. New windows were being installed, allowing seekers to view Scripture from a different vantage point. Old religious scripts were being discarded, replaced by a life-giving liturgy that affirmed the worth of every individual. Wanderers were finding their way forward in the wilderness. Wonderers were pondering fresh images of God. Spiritual refugees were building a new community.

The defining moment of my first Evolving Faith experience was the Communion service with Nadia Bolz-Weber presiding over the table.

“I had been raised in Southern Baptist churches where only men spoke the words of institution and distributed the elements.”

I had been raised in Southern Baptist churches where only men spoke the words of institution and distributed the elements. Those tiny bland crackers and mini plastic cups of grape juice were dispensed with an assortment of admonitions to qualified participants. Have you experienced believer’s baptism, been fully immersed in the baptismal waters? Proceed to partake. Are you harboring unconfessed sin in your heart, sin as defined by the male leadership of this church/convention? Then you may not eat or drink in remembrance of Jesus.

The invitation to the Evolving Faith table was radically different. No barriers were erected to keep select people at a distance. Instead, the radical hospitality practiced by Jesus was modeled. All were truly welcome at the table.

I watched people weep as they received Communion for the first time in years. An ever-growing crowd lingered in the vicinity of the table, embracing each other, marveling at the beauty of the meal. The luminous love of God radiating from the table was reflected in every face.

In the coming days as I processed all I had experienced at Evolving Faith, I realized I already had begun the work of deconstruction in my own life, although I previously lacked the language to describe it. Deconstruction had begun in earnest for me in the youth room at my previous church.

After five years of serving as associate pastor on a part-time basis, I was given full-time status after agreeing to add youth ministry to my smorgasbord of responsibilities. As the youth and I explored Scripture together on Sunday mornings, I realized there were things I had been taught as a teenager that I never would say to these students. I could not, would not present a version of the gospel of Jesus Christ that was only good news for a select few. I would not use fear as a motivator, nor would I use manipulative tactics to plunge youth into the baptismal waters.

Participation in Evolving Faith equipped me for my next season of ministry at an addiction treatment center for women. The work of deconstruction helped me create a spacious spirituality to connect with clients in ways that would not otherwise have been possible.

I grieved with clients as they described the deep wounds they had suffered in churches and “Christian” homes. I gave them permission to vent their anger toward God. I reminded them they were worthy of God’s boundless love. I encouraged them to dispense with images of God that hindered their spirituality. I celebrated as they took tentative steps to reconnect (or connect for the first time) with the God of their understanding.

The 2022 Evolving Faith conference was held virtually Oct. 14-15. I participated alone as I sat in the kitchen of my unfurnished house in the midst of yet another major life transition. From the opening moments of the conference as Spencer LaJoye sang “Plowshare Prayer” I once again was captivated.

“I was challenged by voices that expanded my limited perspective as a Southern, white, cisgender, straight Baptist woman.”

I drank in the wisdom freely dispensed by folks who were familiar to me (Kate Bowler, Brian McLaren, Barbara Brown Taylor, Michael Curry, Sarah Bessey, Jeff Chu) and speakers who were new to me (Rabbi Danya Ruttenberg, Leila Ortez, Kwok Pui Lan, Alma Zaragoza-Petty, Tina Beardsley, Shane Clifton). Once again, I was challenged by voices that expanded my limited perspective as a Southern, white, cisgender, straight Baptist woman.

This year Sarah Bessey prepared the virtual assembly for the service of Communion with a message titled “Yes, And.” She reminded us that these two words are the key to improvisation, two words that keep the story moving and the creative energy flowing. Bessey gave attendees permission to practice spiritual improv and embrace the act of co-creation with the Spirit.

She described the Communion table as “an altar of ‘yes, and.’” The litany that followed reminded attendees that even though our long-held beliefs and tradition-bound practices may have changed, even though doubts may have supplanted certainty, we still are welcome at God’s table.

As I make my way forward in a new season of life, wandering and wondering, I am deeply grateful for the gifts of Evolving Faith. In this beloved community, I have found sustenance for my spiritual journey.

Tambi Brown Swiney is an ordained Baptist minister who is in the process of relocating from Nashville to Asheville as she actively practices spiritual improvisation.